Atomic Number of Cerium is 58. 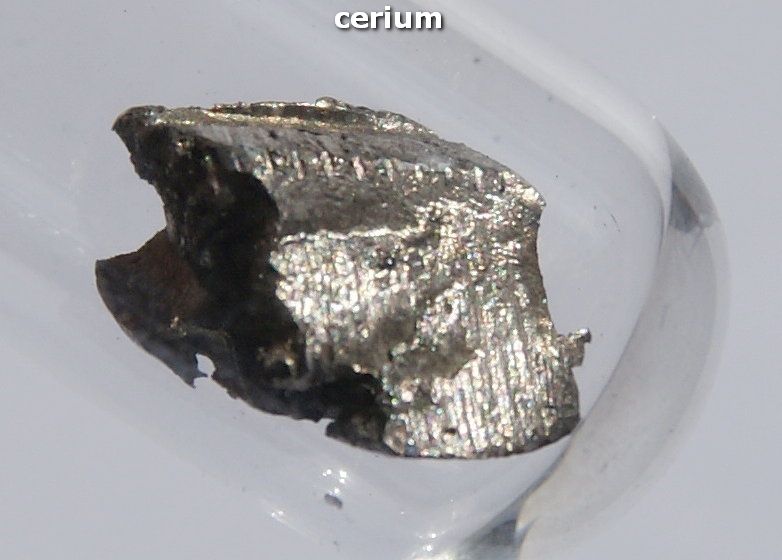 Cerium is a kind of grey metal, quite shiny and easily reacting with oxygen. It was named after an asteroid which, in turn, was named after a Roman god of agriculture. This element has no biological importance and can be found in abundance in minerals and ores. It is about the same common as lead and zinc. It is widely used in alloys with iron and other elements for various industrial needs, including producing lights, bulbs, flat screen TVs, and so on.

Cerium, a grey, soft metallic element with the symbol Ce, was used in gas mantles. It is widely used in mischmetal (mixed metal), also known as cerium mischmetal, alloys. Its most common use is in the making of lighters and torches. Cerium(IV) oxide (CeO2) employed as a polishing compound in chemical-mechanical planarization. Cerium(Ill) oxide has an application as a catalyst. Also, Cerium(IV) sulfate, another alloy with the formula Ce(SO4)2, is exploited as an oxidising agent. Cerium sulfide is employed as a pigment, because of its red color.

What is the Boiling Point of Cerium?

What is the Melting Point of Cerium?

How Abundant is Cerium?

What is the State of Cerium at Standard Temperature and Pressure (STP)?

State of Cerium is Solid at standard temperature and pressure at 0℃ and one atmosphere pressure.

When was Cerium Discovered?

Cerium was discovered in 1803.