Atomic Number of Darmstadtium is 110. 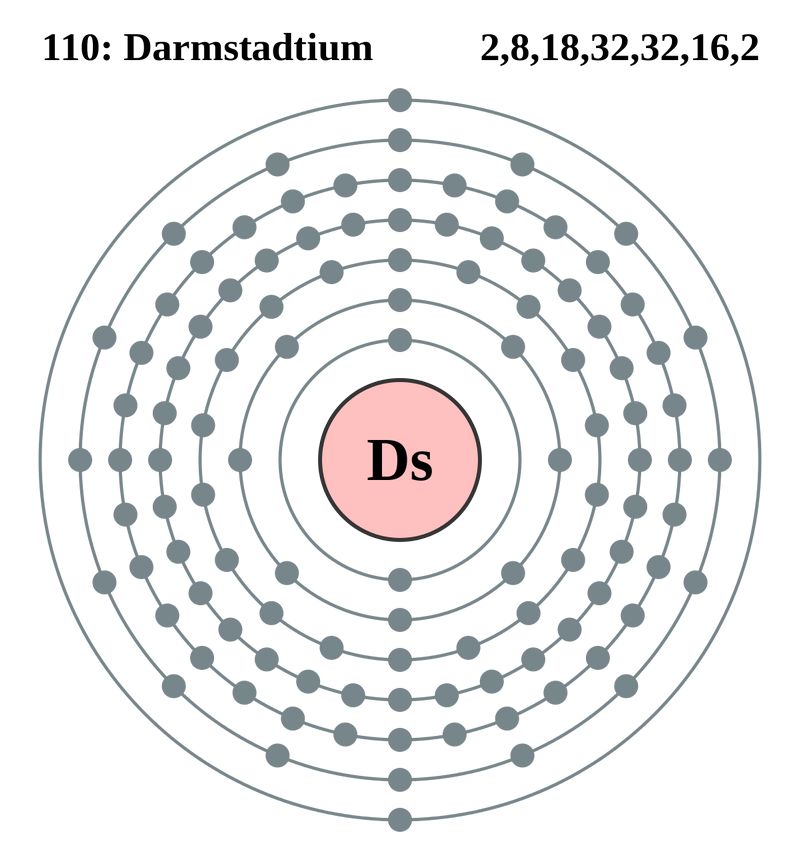 It is one of the artificially created chemical elements, which was discovered in labs of a few research facilities. A group of German scientists is claimed to be the creators of darmsiadtium and gave the name to this chemical element after a German city where the group was working. Darmstadtium is a highly radioactive and toxic element which is dangerous to the living things. It can be obtained only as a result of a difficult nuclear reaction between the atoms of iron, nickel, and lead. Till now, only a few atoms of this element have been produced and used in chemical research.

What is the Boiling Point of Darmstadtium?

What is the Melting Point of Darmstadtium?

When was Darmstadtium Discovered?

Darmstadtium was discovered in 1994.