Atomic Number of Hydrogen is 1. 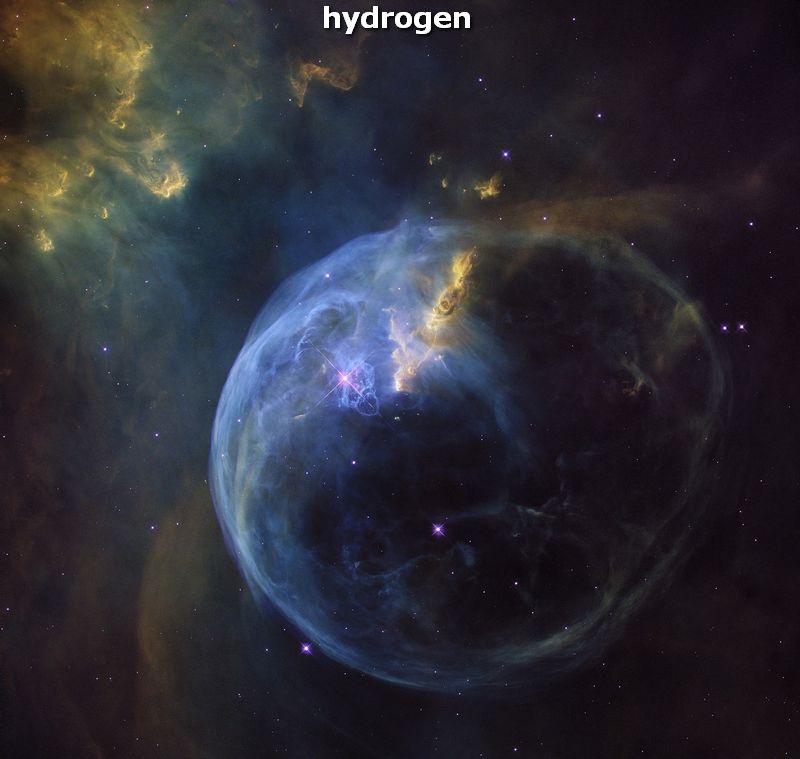 Known as the most abundant and the lightest chemical element in our Universe, hydrogen is a type of gas without color and smell, which also has the lowest density of all gases. It is believed to be the first atom produced in our Universe after the Big Bang, and all other elements were further produced from hydrogen as a result of nuclear fusion. The name of the gas is formed from two Greek words, meaning water and forming, so this is the element which creates water. Since hydrogen is a part of water molecule, it is an absolutely essential chemical element for life, which can be found in all living bodies on our planet. It is extensively used in a large variety of industrial branches, from chemical industry (producing fertilizers, etc) to electronic (substance producing) and food industry, etc. One more very important point is: hydrogen is now seen as a source of clean eco-friendly fuel of the future, which will help the humanity to solve the problem of pollution and being gas/oil dependent.

Hydrogen is mostly used in the petroleum and chemical industries. The most important use of hydrogen in the world is in ammonia manufacture for the fertilizer market. The other significant use of this chemical element is in fossil fuel processing. Today, liquid hydrogen is used as a primary fuel of the American space program by The National Aeronautics and Space Administration (NASA). Hydrogen is also used in various industrial fields such as metalworking and as a coolant in generators in power stations.

What is the Boiling Point of Hydrogen?

What is the Melting Point of Hydrogen?

How Abundant is Hydrogen?

Abundant value of Hydrogen is 1400 mg/kg.

What is the State of Hydrogen at Standard Temperature and Pressure (STP)?

State of Hydrogen is Gas at standard temperature and pressure at 0℃ and one atmosphere pressure.

When was Hydrogen Discovered?

Hydrogen was discovered in 1766.

Thank you very much