Atomic Number of Molybdenum is 42. 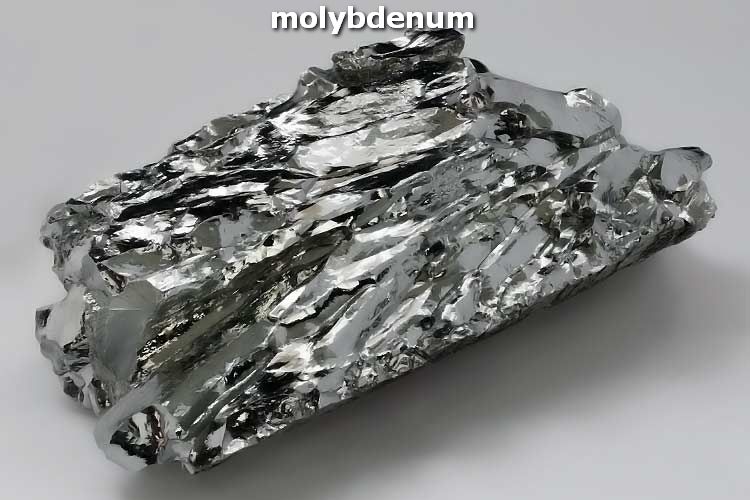 Molybdenum is a shiny grey color metal, with the name deriving from the Greek word meaning leadlike. Despite being toxic, this element plays an important role for all living organisms and is present in our bodies in micro doses. It is processed from natural minerals (mainly molybdenite) which are found mainly in South and North America, or in China. Molybdenum is an element with high melting point, so most of it comes in the form of grey powder. In industry, this element is used as a part of alloys, to produce such parts as saw blades, drills, heating parts, and many others. Molybdenum can also be used as a catalyst and a lubricant additive.

Molybdenum which is a gray metallic element with the symbol Mo is mainly used as an alloying agent in the production of ferrous and steel alloys. The major use of molybdenum is in metallurgy, the rest is used in chemical applications. Because of its strength and corrosion resistance, molybdenum is especially used in jet engines, heating elements, drills, missiles, saw blades, and combustion liners. It also is employed in the petroleum industry too. Besides, molybdenum powder can be employed as a fertilizer.

What is the Boiling Point of Molybdenum?

What is the Melting Point of Molybdenum?

How Abundant is Molybdenum?

Abundant value of Molybdenum is 1.2 mg/kg.

What is the State of Molybdenum at Standard Temperature and Pressure (STP)?

State of Molybdenum is Solid at standard temperature and pressure at 0℃ and one atmosphere pressure.

When was Molybdenum Discovered?

Molybdenum was discovered in 1778.