Atomic Number of Osmium is 76. 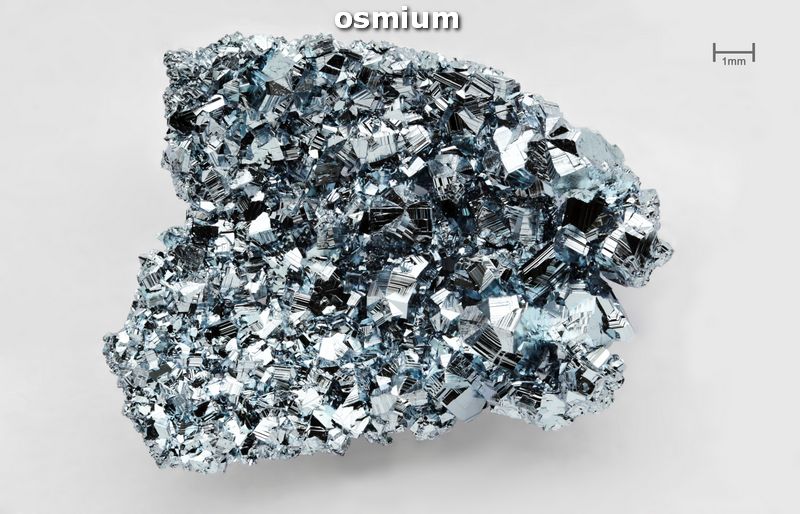 Osmium is a shiny strong metal, very resistive to corrosion. Its name comes from the word Greek word meaning smell. Osmium is known as the densest element in the Periodic table. The element itself is not toxic, but its compounds like oxides and others can be very toxic and cause serious conditions for human body or a living organism. This element can be found in nature in its pure form, as well as extracted from minerals like osmiridium. There are not too many applications of this chemical element; those include only producing some needles for special needs, some elements for fountains, electrical contacts, as well as being a catalyst for some chemical processes in chemical industry.

What is the Boiling Point of Osmium?

What is the Melting Point of Osmium?

How Abundant is Osmium?

What is the State of Osmium at Standard Temperature and Pressure (STP)?

State of Osmium is Solid at standard temperature and pressure at 0℃ and one atmosphere pressure.

When was Osmium Discovered?

Osmium was discovered in 1803.