Atomic Number of Plutonium is 94. 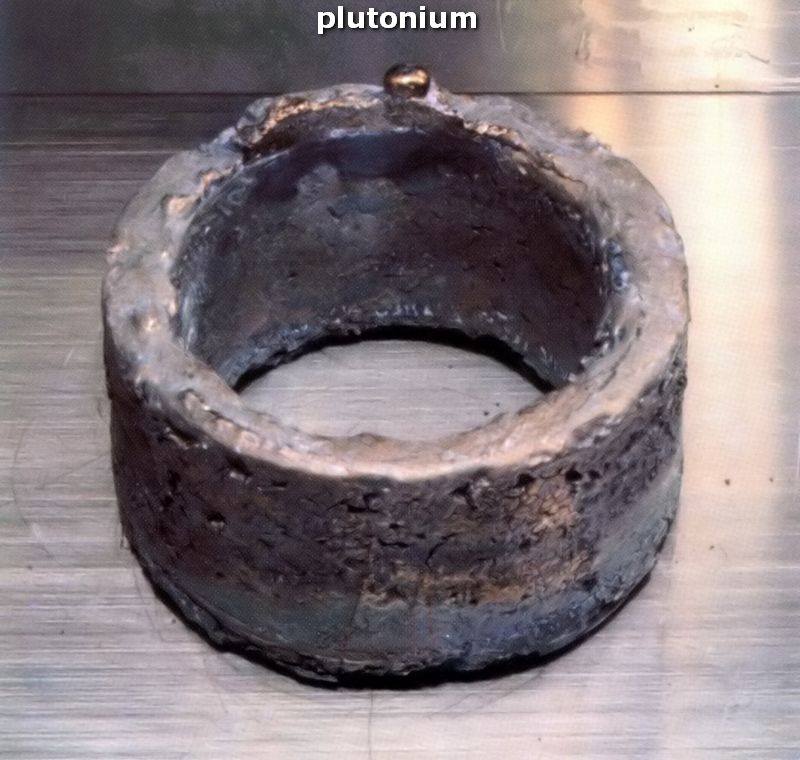 Plutonium is one of the actinides discovered in the middle of the last century by a group of American scientists. It is a radioactive silvery and shiny metal, highly toxic and dangerous to living organisms. It was named after the planet Pluto, which used to be considered to be a part of the Solar System in those times. Plutonium can be obtained by irradiation of uranium in terms of nuclear reactions. Along with uranium, plutonium is used as the basic element for nuclear reaction initiation. This radioactive chemical element is used for making very powerful explosives and nuclear weapons.

What is the Boiling Point of Plutonium?

What is the Melting Point of Plutonium?

How Abundant is Plutonium?

What is the State of Plutonium at Standard Temperature and Pressure (STP)?

State of Plutonium is Solid at standard temperature and pressure at 0℃ and one atmosphere pressure.

When was Plutonium Discovered?

Plutonium was discovered in 1940.