Atomic Number of Rhodium is 45. 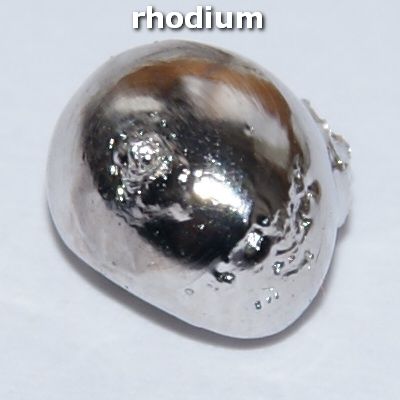 This is a shiny hard metal of gold-reddish color, with the name coming from the Greek word rhodon, meaning rose. It has very high corrosion resistance and is one of platinum group metals known for their strength. For living organisms, rhodium is not important and, on the contrary, it has carcinogen properties. It occurs on our planet in combination with other metals like nickel or copper, and it can be found in the sands of South Africa. It is used in industry for producing optical fiber, optical mirrors and lenses. Rhodium can be used as a catalyst for various chemical processes. It also has low resistance to electricity and is used as electrical contact material.

What is the Boiling Point of Rhodium?

What is the Melting Point of Rhodium?

How Abundant is Rhodium?

What is the State of Rhodium at Standard Temperature and Pressure (STP)?

State of Rhodium is Solid at standard temperature and pressure at 0℃ and one atmosphere pressure.

When was Rhodium Discovered?

Rhodium was discovered in 1803.