Atomic Number of Roentgenium is 111. 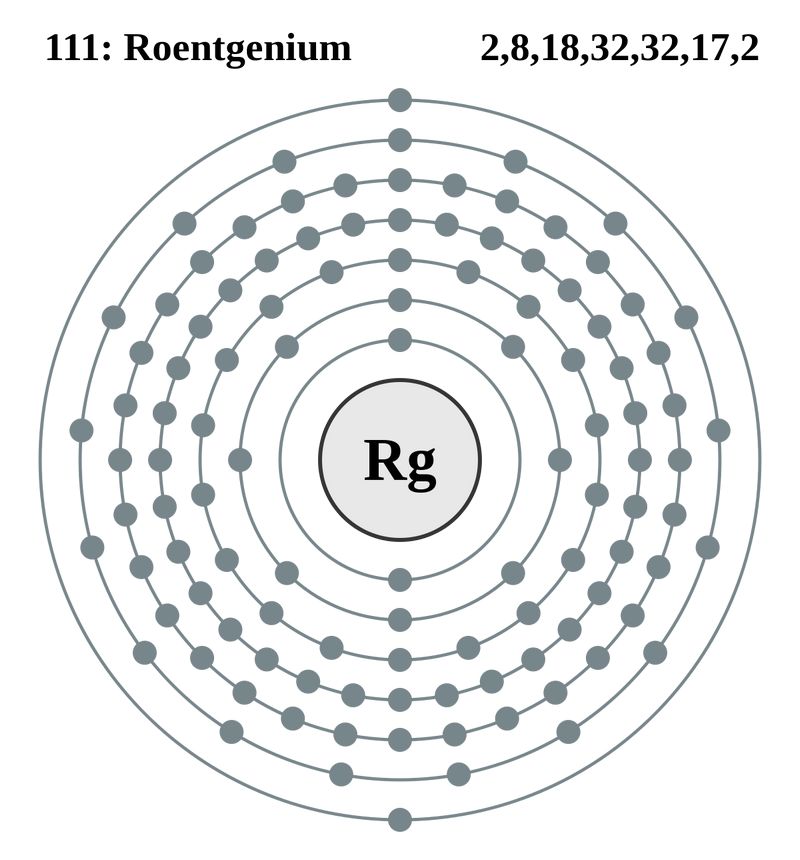 This is one of the newly discovered elements which was obtained in the mid 1990s in a lab of a German research facility. A group of scientists received it as a result of a nuclear reaction involving bismuth, nickel, and iron. The new element was named roentgenium, after Wilhelm Conrad Röntgen, a German scientists known for creating an X-ray technology. Roentgenium is extremely radioactive and dangerous to the living things on our planet. It does not occur naturally and is used solely in research. So far, only a few atoms of this element have been obtained by the scientists, and the production of this element does not seem to have perspectives.

What is the Boiling Point of Roentgenium?

What is the Melting Point of Roentgenium?

When was Roentgenium Discovered?

Roentgenium was discovered in 1994.