Atomic Number of Samarium is 62. 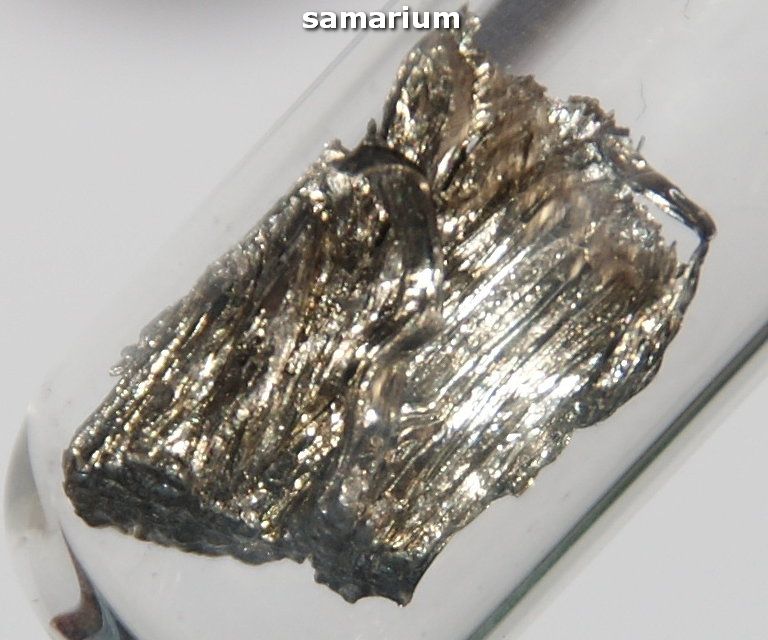 This chemical element is a light grey color metal extracted from a mineral named samarskite which, in turn, was named after a Soviet military official, Colonel Samarski. It is one of lanthanide metals which can be extracted from a number of minerals like monazites. This chemical element can also be produced artificially in labs. It is not toxic and has no biological importance. Samarium is often used in alloys with other metals like cobalt and iron to produce high power magnets used in electronic devices like headphones, etc. Samarium oxides have application in producing ceramics and glass.

What is the Boiling Point of Samarium?

What is the Melting Point of Samarium?

How Abundant is Samarium?

Abundant value of Samarium is 7.05 mg/kg.

What is the State of Samarium at Standard Temperature and Pressure (STP)?

State of Samarium is Solid at standard temperature and pressure at 0℃ and one atmosphere pressure.

When was Samarium Discovered?

Samarium was discovered in 1879.