Atomic Number of Seaborgium is 106. 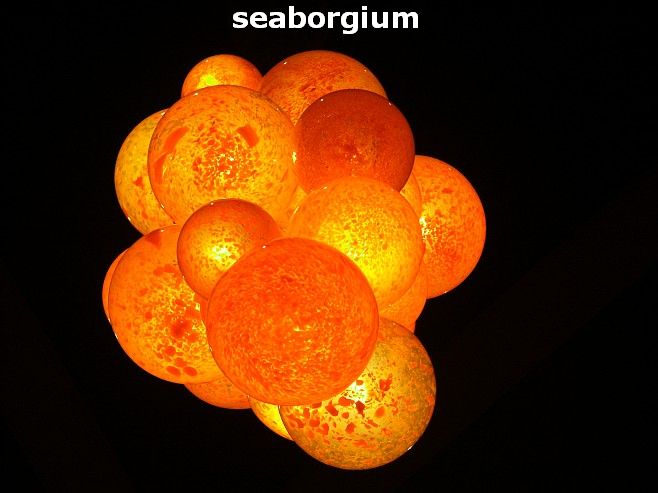 Seaborgium is among the relatively newly discovered chemical elements, which was artificially produced in the labs of the University of California in the mid 1970s. It was named after an American scientist Glenn Seaborg who studied radioactive metals and received the Noble Prize in chemistry for his achievelemnts. There is no seaborgium in nature and it is very toxic and highly radioactive. There were only a few atoms of this element ever produced by the humanity, and those were used with the purposes of scientific research only.

What is the Boiling Point of Seaborgium?

What is the Melting Point of Seaborgium?

When was Seaborgium Discovered?

Seaborgium was discovered in 1974.