Atomic Number of Selenium is 34. 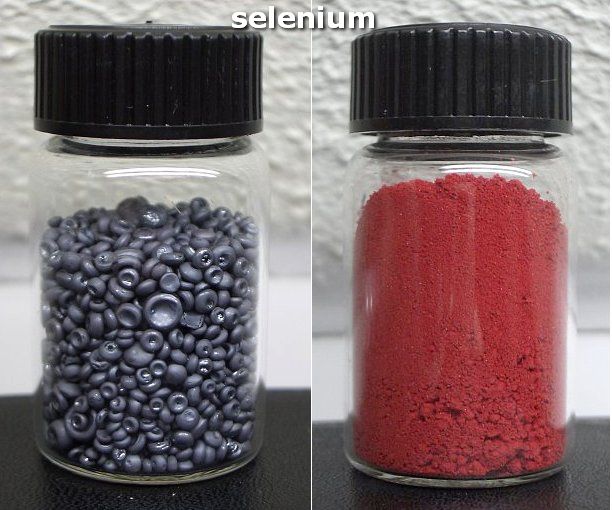 This chemical element can be found in two forms: a red color powder or light grey color metal. Selenium has a beautiful name coming after the Greek name for the Moon. This element is vital for living creatures and things, but just in micro doses, and in excess doses it can cause cancer or serious intoxication. Selenium in its pure form can not be found on the surface of our planet, but it exists in some rare minerals and special muds. The most important use of this chemical element is in glass production. It can be also added as catalyst and as electricity convertor in rectifiers.

What is the Boiling Point of Selenium?

What is the Melting Point of Selenium?

How Abundant is Selenium?

Abundant value of Selenium is 0.05 mg/kg.

What is the State of Selenium at Standard Temperature and Pressure (STP)?

State of Selenium is Solid at standard temperature and pressure at 0℃ and one atmosphere pressure.

When was Selenium Discovered?

Selenium was discovered in 1817.