Atomic Number of Terbium is 65. 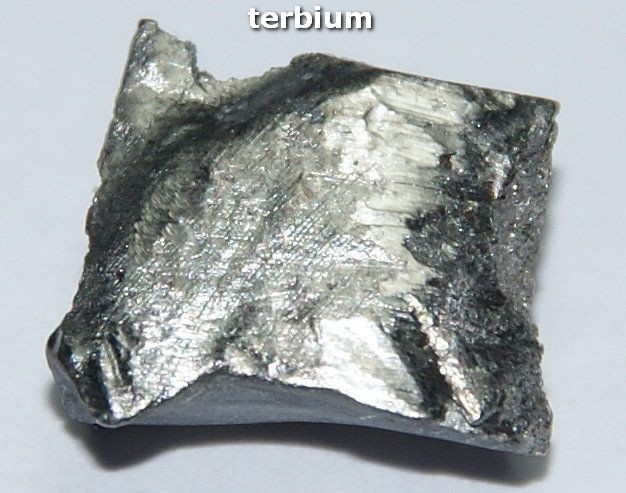 Terbium is a chemical element discovered in the middle of the 19th century and named after a small town in Sweden. It is a silvery soft and quire reactive metal which forms its oxide when contacting with air. It occurs in its natural form on our planet and can be extracted from various minerals like euxenites, but it can also be produced artificially. Terbium is not toxic and does not play an important biological role. Terbium is used in compounds with other elements in such industries as electronics, medicine, chemical industry, and so on.

What is the Boiling Point of Terbium?

What is the Melting Point of Terbium?

How Abundant is Terbium?

Abundant value of Terbium is 1.2 mg/kg.

What is the State of Terbium at Standard Temperature and Pressure (STP)?

State of Terbium is Solid at standard temperature and pressure at 0℃ and one atmosphere pressure.

When was Terbium Discovered?

Terbium was discovered in 1843.