Atomic Number of Thorium is 90. 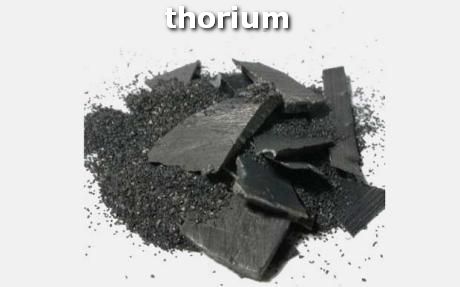 This element is a slightly radioactive soft metal discovered in the first half of the 19th century. Its name comes from the name of Thor who is a Scandinavian God of war. It can be extracted from various minerals known as thorites and thorianites, but not only. In nature, this element can be found in compounds with numerous other elements. The primary application of thorium is using it for producing nuclear power, and thorium nuclear technology is still relatively innovative. Thorium can also be used in alloys with other metals to produce strong steels, or it can find application as an industrial catalyst.

What is the Boiling Point of Thorium?

What is the Melting Point of Thorium?

How Abundant is Thorium?

Abundant value of Thorium is 9.6 mg/kg.

What is the State of Thorium at Standard Temperature and Pressure (STP)?

State of Thorium is Solid at standard temperature and pressure at 0℃ and one atmosphere pressure.

When was Thorium Discovered?

Thorium was discovered in 1829.