Atomic Number of Vanadium is 23. 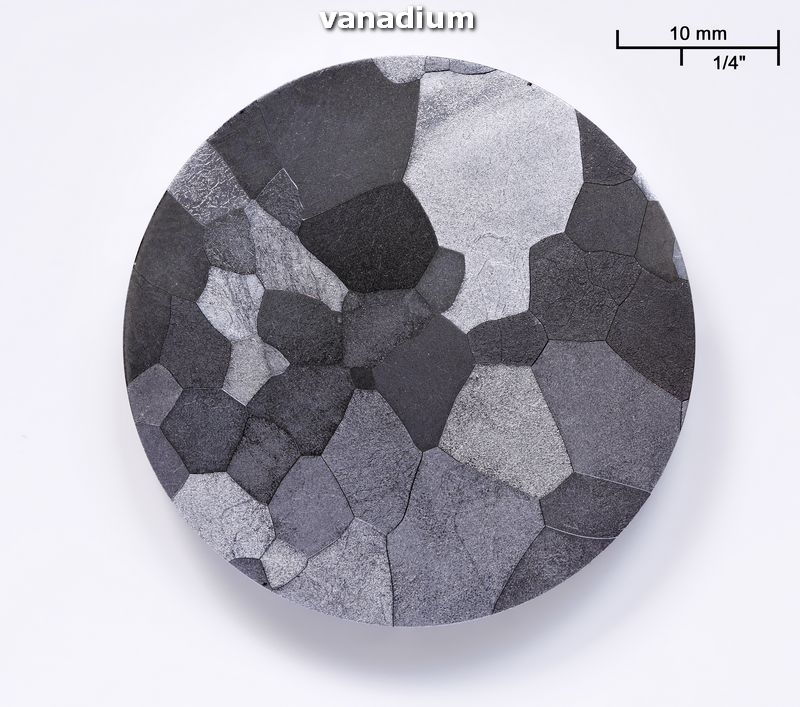 Vanadium is one of the strong metals with light grey color, which is very often used in alloys with steel to strengthen it. This element was named after one of the Scandinavian goddesses, and it was discovered in abundance in the Universe, but not so much on our planet. Living creatures need a bit of vanadium to support their life circle. This chemical element occurs naturally in some minerals. Vanadium is dominantly used in alloys with other metals, for producing various parts for machinery and automobiles. Alloys of this chemical element are also used in constructing nuclear reactors.

What is the Boiling Point of Vanadium?

What is the Melting Point of Vanadium?

How Abundant is Vanadium?

Abundant value of Vanadium is 120 mg/kg.

What is the State of Vanadium at Standard Temperature and Pressure (STP)?

State of Vanadium is Solid at standard temperature and pressure at 0℃ and one atmosphere pressure.

When was Vanadium Discovered?

Vanadium was discovered in 1801.